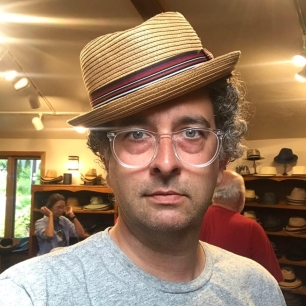 Jeremy Owens it the creator, producer, and host of You’re Being Ridiculous. He sometimes teaches storytelling and non-fiction writing, but mostly reads novels in the bathtub and watches too much Rachel Maddow.

What are you most thankful for this year?
I’m thankful for a lot of things but this year I am particularly thankful for You’re Being Ridiculous. It’s the ninth anniversary, and it’s nice to think back over the years to all the gifts the show has brought to me. The next year is going to be a little weird because I’m taking a break from YBR to write and perform a solo show … so I don’t know when the next YBR will be … but I’m learning to have faith it’ll be there whenever I’m ready.

We’re at The Hideout on Friday, November 22